EasyVFR4 can show the clouds and winds at multiple heights, as well as SIGWX along your planned route in the Vertical Profile View (VPV).
Written by Tim Peter
Updated on February 3, 2021

GRAMET-like WX in the VPV during planning mode

EasyVFR4 can show the clouds and winds at multiple heights, as well as SIGWX along your planned route in the Vertical Profile View (VPV). But that's not all. EasyVFR4 will also take your travel speed into account, so you will see the forecasted WX displayed for the estimated time you will pass any given position - similar to a GRAMET. This can be a big advantage if you will fly multiple hours.

For a better overview, you can see the lower clouds, wind and significant weather directly on the map, travel through time and zoom far out to get a complete picture of the forecasted WX development during your trip. 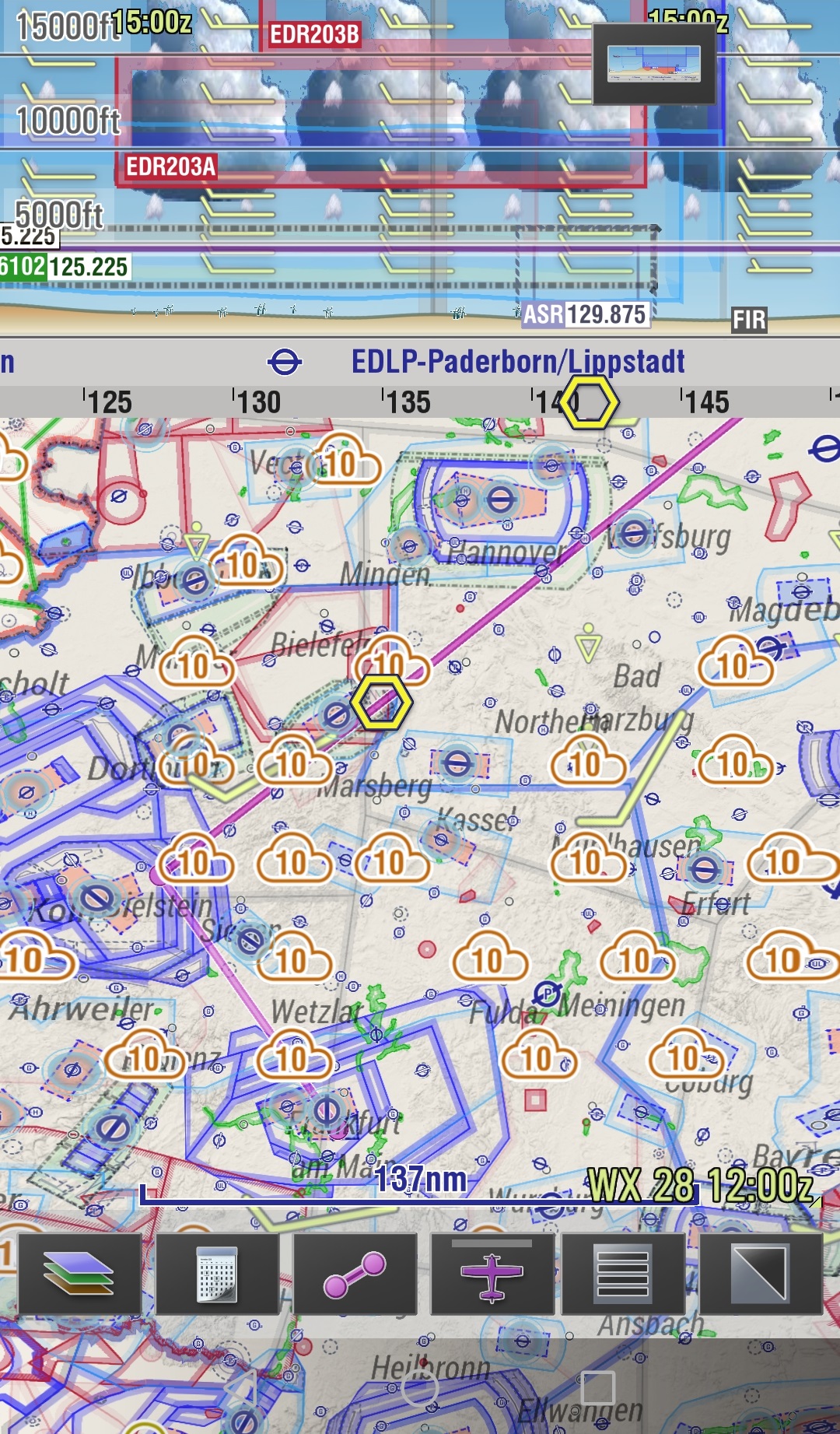 GRAMET-Like WX in the VPV during flight mode.

Composing the GRAMET data in the VPV is a process that is fairly power-consuming, so when EasyVFR 4 is in flightmode the VPV will not display all the weather related data unless your actual flightpath is within certain margins of your planned flightpath. These margins are settable using menu->system :

and the default is a maximum of 3NM off track laterally *and* current track within 15 degrees of the planned track.

Thank you for leaving a rating!
Did you find this article helpful?

QuickStart & Schnellstart manual In EasyVFR4 all information is only one or two clicks away. To get you started, in this QuickStart manual you find an easy to read the description of the basic functionalities. Weather Symbology used A short description of all weather (WX) symbology used in EasyVFR4
Thanks for your message!
We really appreciate your feedback and will get back to you as soon as possible.
×